Boston Children’s Radiologist Transforms Pediatric Care Across the US 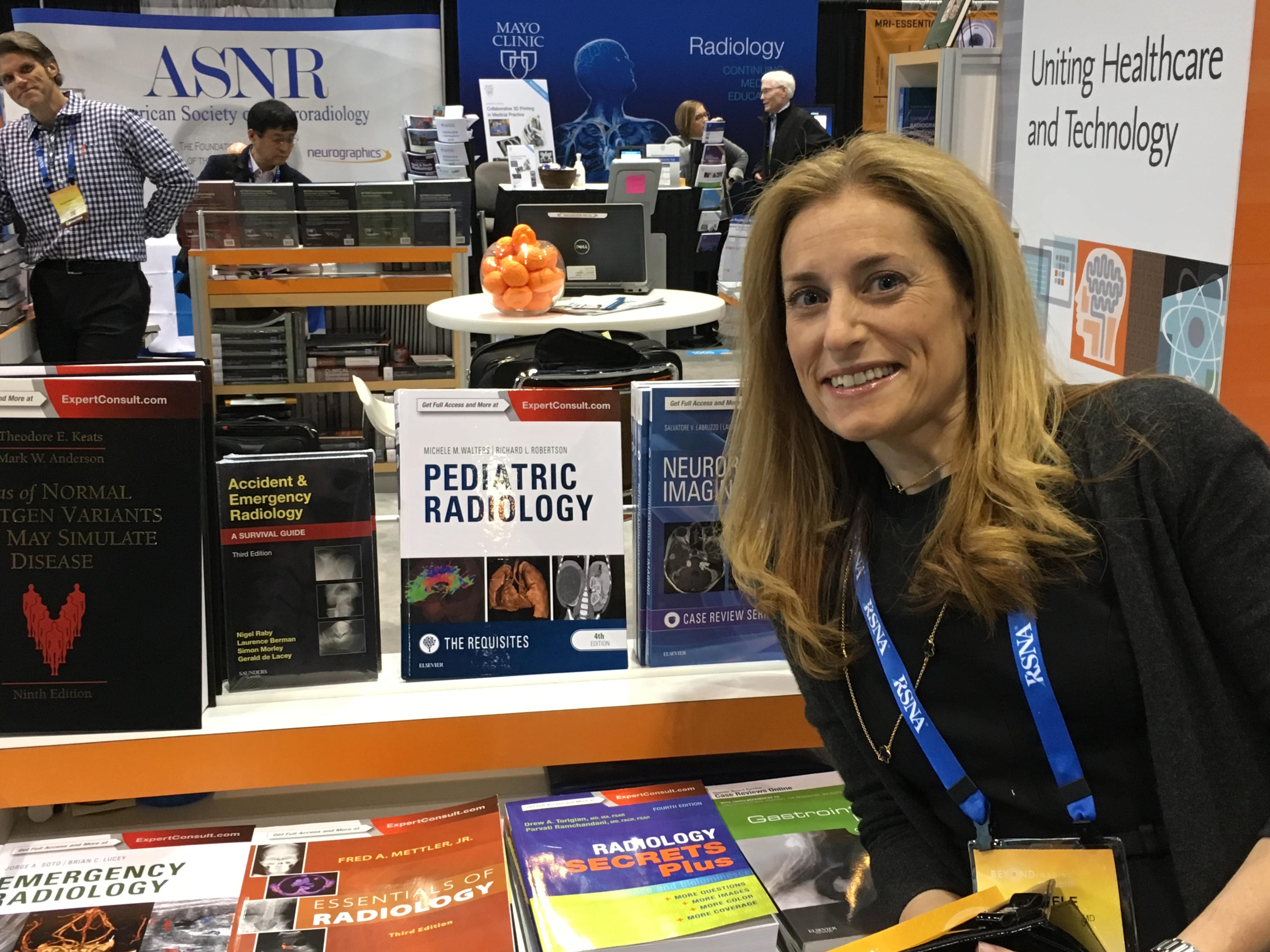 A Pediatric Radiologist at Boston Children’s Hospital, Radiologist at DocPanel, and Assistant Professor at Harvard Medical School, Dr. Walters’ unique depth of expertise and unwavering commitment has allowed her to transform pediatric care at facilities across the country.

We spoke with Dr. Walters to learn more about the challenges in pediatric imaging, including commonly misdiagnosed conditions and the top questions asked by referring providers. From her experience at Boston Children’s to what it's like providing specialized care at facilities that previously had no pediatric support, she opens up about her fascinating and impactful work.

[DocPanel] What was your journey into medicine? What sparked your drive and commitment to helping pediatric patients?

My love for medicine and passion for helping people began at a very young age. By the time I turned eight, I knew I wanted to go to medical school. When that time came, I immediately fell in love with pediatrics. Taking care of children and helping their families truly called to me.

I did my residency at Mass General, in Boston, and I absolutely loved it. I loved every rotation I did and every subspecialty that I saw. But when I graduated, I didn’t know how to pick between all these different areas that I loved so much.

I ended up taking a job as a hospitalist in the department of radiology at Boston Children's Hospital. That was my first big and broad exposure to radiology. I loved it and felt like it was a field where I could continue taking care of children and their families, while also staying involved in all of the vast and fascinating areas of pediatrics that I had loved so much in residency. I went on to do another residency program for radiology where I focused two years on adult training, and two years on pediatrics. It was a fantastic program that allowed me to become super sub-specialized in pediatrics. From there, I joined Boston Children’s and have been there ever since.

[DocPanel] In addition to Boston Children’s Hospital, you are also a pediatric radiologist at DocPanel. How do you contrast your experience at Boston with reading for outside facilities that do not have a pediatric department?

Boston Children's is a very highly subspecialized place, where we have over 50 pediatric radiologists. We typically see children who develop serious, complex, or rare illnesses after they’ve already sought out care in the communities they reside in. Oftentimes, these facilities do not have pediatric radiologists, but rather general radiologists. The same goes for other subspecialties. I know from experience that that sort of path can lead to delays in essential care, whether that be in the form of long waits to see the correct subspecialist, delays in diagnosis, or delays in critical procedures. Now, that’s not to say that patients are receiving substandard or bad care elsewhere. These places are, of course, doing what they can with the resources they have. But the limited access can and does have a huge impact.

My work with DocPanel has been some of the most rewarding work that I've done as a pediatric radiologist. I’m able to bring subspecialty-level care to places that didn’t previously have access. Many clinicians have expressed immense gratitude to now get such specialized pediatric care with detailed reports, advice on what imaging should be done next, and guidance on who should be involved next as a consultant. It’s an extremely rewarding opportunity that DocPanel provides for both radiologists and providers. The platform is easy to work with and the support team is phenomenal - which, as a busy radiologist, is a super important factor. I can get read support, communications support, help with grabbing images - everything, at what seems like all hours of the day and night.

[DocPanel] The work you do transforming care at facilities is truly inspiring. Is there a favorite story you can share that captures the unique and special impact you have on improving care for our young patients?

One story that comes to mind is a case I had a few weeks ago. It was a pelvis and hip exam for a young boy, around the age of 12, who had been referred for imaging by a chiropractor to evaluate hip pain (which was unique in and of itself because pediatric patients don't typically go to chiropractors). The patient ended up having something we call slipped capital femoral epiphysis (SCFE), which is a growth plate fracture through the proximal hip. It's a very serious and very emergent condition that requires a surgical fix right away. If you're not a pediatric radiologist, you may not be aware of this diagnosis. And you may look at an image and not recognize it when it's there. This is true across specialties - if you haven't seen something before, you're not going to recognize it when it's in front of you.

I was so happy that this study randomly or, not randomly, landed on my work list. After reading the case, I was able to call the patient’s chiropractor directly to discuss the results. He said to me, “You know, this kid has been coming to me over and over again. We couldn't figure out where his pain was coming from. Was it his back? Was it the sacroiliac joint? I'm so happy that you saw this film.” We went on to discuss the best course of action and came up with a plan for the patient. I don't know what the tirage or pathway would have been for this young boy had his case not come to me. Being able to provide that level of expertise is exactly why I do what I do.

[DocPanel] What are the most common questions referring pediatricians ask regarding imaging for young patients?

Having been a pediatrician myself, I feel like I have a great perspective on this. Typically, pediatricians don't learn much at all about imaging. While they, of course, are not expected to be able to interpret images, figuring out the appropriate exams to order for patients is a big challenge. Deciding which modality is best, which views should be taken, and so on is difficult.

I think we, as radiologists, have an opportunity to help guide pediatricians and other physicians in that regard. Especially for practices that aren’t used to offering services to pediatric patients, there is often an even bigger disconnect. Some practices aren’t aware of how important it is to have pediatric imaging read by a pediatric radiologist and not a generalist.

On the bright side, I’m seeing more and more requests coming through from some of the outside facilities I read for asking for pediatric reads. This is great to see and shows me that they’re pleased with the thoroughness of the reports they’re receiving. I try to write a very long impression and include advice for the next steps. For example, if it's a fracture, I’ll say when I think they should follow up. If it's an abnormal kidney finding on an ultrasound, I’ll add whether they need to see urology or not. I try not to assume that all this knowledge is there and, instead, provide guidance.

[DocPanel] What are three areas in pediatric imaging that are extremely unique to pediatric patients, requiring a high level of subspecialization?

Fracture patterns in young patients are extremely unique, as the growing skeleton is completely different from the mature skeleton. Pediatric bones are a different composition than adult bones, so the fracture patterns are completely different. As I was mentioning earlier, if you haven't seen something before, as a radiologist, it's hard to recognize it as a positive finding. There are so many very subtle fracture patterns that we see in pediatrics; it can be very difficult for an adult radiologist to recognize or appreciate them if they haven't had a lot of experience.

Another important thing to note is that we tend to image our young patients more gently than we do the adult population to protect them from the potentially harmful effects of radiation. We try to be very thoughtful about protocols, particularly with radiography and CT scans. We want to make sure that we're getting enough to make a diagnosis and properly evaluate the patient while not over-imaging. We also try to avoid multi-phased scanning.

And third, you have to have a vast knowledge of congenital illnesses. Embryonic conditions, things that go wrong during development, different lung malformations, different abdominal malformations, and so on. This is especially crucial for babies and infants. Regardless of what is being evaluated, providers and parents need to recognize that misdiagnosis and missed diagnoses in children can have a significant long-term impact. A subspecialty read minimizes those risks.

[DocPanel] Not only are you a radiologist, but you’re also a teacher and author. Can you tell us a bit about your work in academia? Any exciting projects coming up that we should know about?

The education piece has pretty much always been there for me. I’ve been teaching at Harvard for a while and just got promoted this past year to Assistant Professor. So I’m constantly interacting with and teaching fellows and residents. I was also the Director of Education for our department for several years. I’ve since stepped down from that role and am now the Satellite Director, which fits well with the work I do with DocPanel.

Toward the end of my tenure in education, I wrote a book called, Pediatric Radiology, The Requisites. It’s a textbook, geared toward residents, that goes through every area of pediatric imaging. I collaborated with a fantastic team of people from Boston Children’s who contributed chapters. A lot of residents and fellows also worked on the project, which made it an even richer experience. As far as new projects, I was just recently contacted to write a new edition for the book. So I’ll be working on that and am excited at the opportunity.

[DocPanel] What is the current state of pediatric radiology as a specialty? Are they enough radiologists, or are there too many?

There is a dearth of pediatric radiologists right now. If you were to look on the Society for Pediatric Radiology (SPR) website, you will see so many open jobs. People are even having a hard time filling their fellowships with trainees. For some reason, people coming out of residency just aren’t picking pediatrics.

I’m not sure of the exact reason - it’s not the most lucrative say, compared to interventional radiology. If you go into a private practice rather than academics, you're also going to do better in that regard. It’s hard to say for sure what is swaying people. Pediatric radiology has always tended to ebb and flow. So it’s also not a completely new trend. But we are definitely at a low right now in terms of numbers. Even at my practice, we're hurting at the moment.

[DocPanel] As a parent yourself, what's the most important piece of advice you would give to another parent whose child is having any kind of imaging done?

The most important advice that I give parents when their children have imaging done is that they should always, always have subspecialty level care. Whether they come to Boston Children's Hospital to be imaged or are imaged at any other facility, ensuring their child’s scans are interpreted by a pediatric radiologist must be a priority.