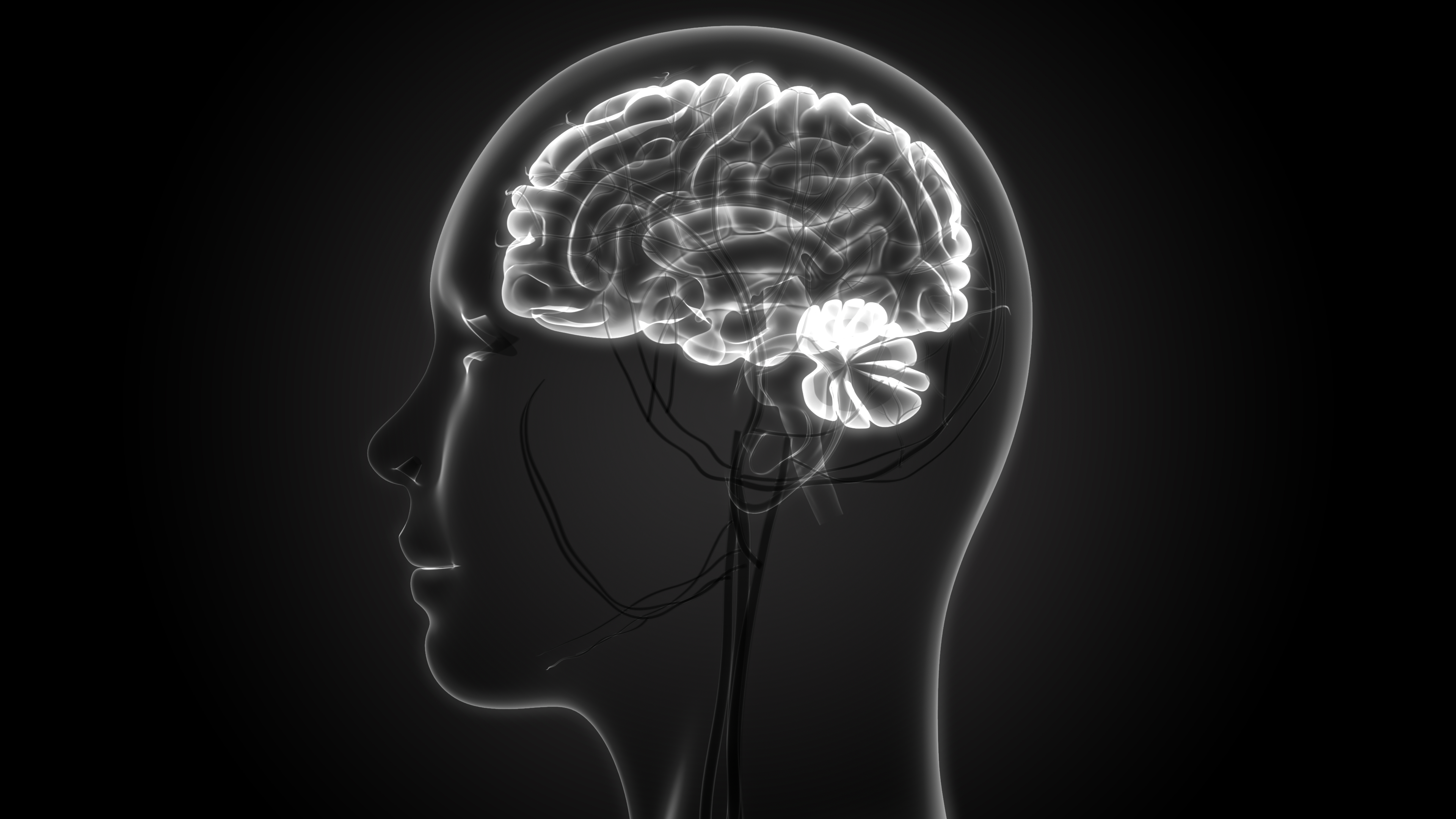 It enables executive behaviors, such as planning, organizing, and problem-solving, and allows us to learn, develop skills, and formulate memories.

When the white matter in our brain becomes damaged and diseased, it can disrupt cognitive function or result in other symptoms. While clinical examination and medical imaging can help detect abnormalities in the brain, accurately determining the cause can be difficult. Many conditions can cause abnormalities in white matter.

To better understand how white matter disease is identified and diagnosed, we spoke with Dr. Gaetano Pastena, a board-certified diagnostic radiologist and neuroradiology subspecialist.

DocPanel is committed to making sure every patient receives excellent care. If you would like an expert second opinion on your medical imaging scan from Dr. Pastena or one of our other neuroradiology subspecialists, you can learn more here.

[DocPanel] What is white matter?

The brain is made up of neurons (nerve cells) and glia (a group of cells that help support the neurons). The neurons have cell bodies and also have long arms, called axons, that function like wires to send signals to other nerve cells or organs.

To work properly these axons need to be insulated, akin to an electric wire, by being covered in a special substance called myelin - which is provided by glial cells.

The neuron cell bodies tend to cluster in certain areas of the brain along the outer edge (cortex) and in other structures centrally, while the axons run like wires between different parts of the brain centrally. When the brain is examined, the cell’s bodies tend to have a grayish appearance and the myelin appears whitish, hence the terms gray matter and white matter. 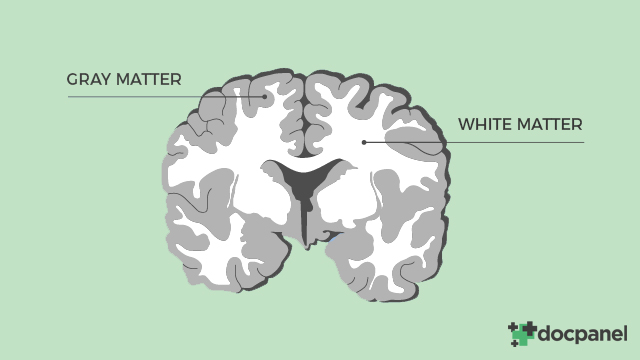 [DocPanel] Why is white matter important?

Myelin, the material encasing nerve axons that makes white matter white, acts as an insulator allowing nerve signals to jump along the axon of a nerve at greater speed and distances. To put it in more simple terms, regions of the brain need to communicate in order to carry out behavior - white mater is what supports these vital connections, ensuring the smooth operation of our nervous system.

They can be grouped into large, general categories including:

[DocPanel] What imaging tests are the best for evaluating white matter disorders in the brain?

MRI is the gold standard for evaluation of white matter disease because of its superior visualization of different tissue types. A CT is sometimes utilized for screening, but an MRI will give better definition and soft-tissue resolution. Being able to see subtle differences in the tissue allows for a more accurate diagnosis.

[DocPanel] Are there any particular signs on a brain scan that are indicative of white matter disease?

A radiologist, particularly a neuroradiologist, has expertise in what the brain should look like on an MRI. When evaluating for white matter disease, the radiologist will be looking for abnormal signal in the brain tissue.

If abnormalities are detected, the amount, the location and pattern, and any associated features are given close scrutiny. Lastly, all of this gets put together with the patient’s clinical information (history, physical exam, lab tests) to generate a differential list of most likely causes.

[DocPanel] What are the challenges in diagnosing white matter disease and other brain disorders?

A lot is taken into consideration before making a neuro-related diagnosis. Given the complexity of white matter disorders, brain lesions, and other conditions that affect the brain - expertise and experience are crucial for ensuring an accurate diagnosis.

Many white matter diseases and related brain conditions share similar features in medical imaging, making these types of disorders difficult to diagnose. Vascular disease and multiple sclerosis, for example, closely resemble one another. There are also less common causes of white matter damage that can appear similarly on a brain scan. Identifying these more rare conditions can be especially difficult if a radiologist is unfamiliar with them.

It takes expertise to understand the differences in the way various white matter conditions show up on imaging. Accurate interpretation of the pattern, evolution, and appearance of imaging findings are all an important piece of the puzzle. Clinical findings on an exam and results from any lab tests administered are also evaluated before making a final diagnosis.

[DocPanel] What advice do you have for patients who are navigating a white matter disease diagnosis?

Accurate interpretation of imaging plays a significant role in identifying the presence of and helping to diagnose the cause of white matter disease. Having high-quality scans which are interpreted by an experienced neuroradiologist ensures that all possible conditions are taken into consideration and reduces your risk of a misdiagnosis.

A neuroradiologist is a doctor who is certified in general radiology and has also undergone specialty training, often with an added board certification in imaging of the brain, spine, and nerves. With this training, they're able to recognize both common and uncommon disorders that affect the nervous system.

Since different white matter diseases often look very similar, with only very subtle differences, the added specialty knowledge can be of great value in interpretation. Neuroradiologists are also specially trained in and familiar with many types of advanced neuroimaging such as newer, more complex MRI sequences.

Imaging plays a crucial role in white matter disease treatment and management. In directing therapy, imaging is often a major factor in establishing a shortlist of possible etiologies (causes). In conjunction with clinical history, exam, and lab tests this provides the treating doctor with the clearest picture possible of what may be going on and how to approach treatment.

Once diagnosed, imaging is also important for management to help clinicians know if therapy is working and if the disease process has become stable or continues to progress.