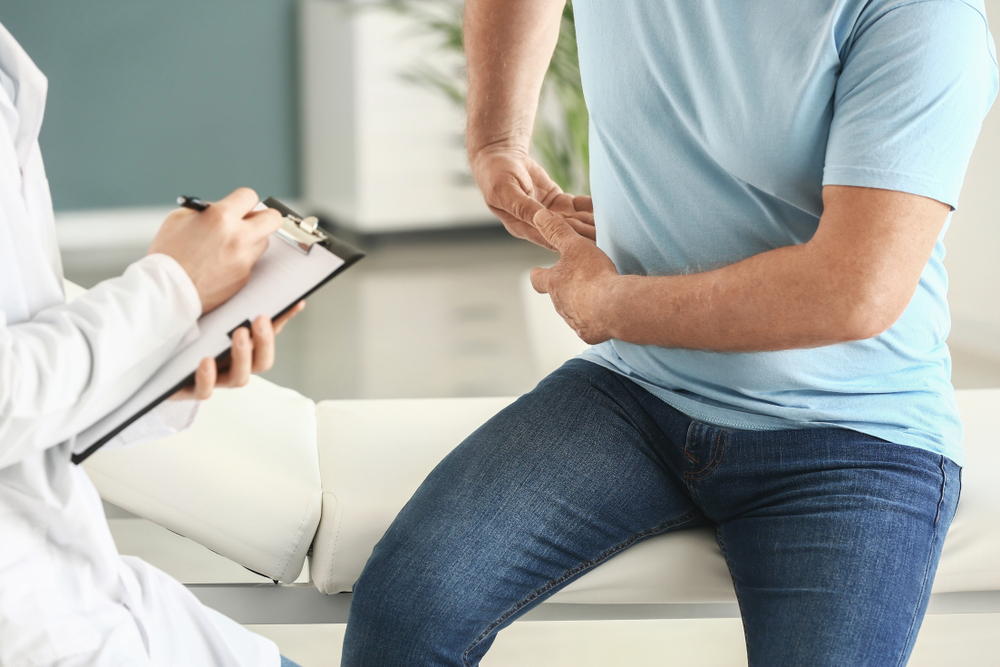 Peter had been experiencing a dull ache in the side of his stomach for several years.

More of a discomfort than a serious pain, his doctors brushed it off as gastrointestinal irritation. Concerned by the persisting symptom, he decided to address the issue with his general practitioner during his annual checkup.

After getting an MRI and CT scan, a mass was discovered in Peter’s pancreas. Thought to be an enlarged lymph node, he was diagnosed with possible lymphoma.

“When I first heard my diagnosis, I had so many questions. The possibility of having lymphoma was, of course, frightening on its own, but I was also panicking because I had a flight to China the very next day,” says Peter. “I needed to see a specialist urgently. Unfortunately, that can take quite a long time in Ireland, which is where I live.”

All of Peter’s blood tests had come back normal and he wasn’t having any symptoms linked to lymphoma. Without much guidance on his test results, the diagnosis was ambiguous and the management plan unclear.

“I was so confused about what to do. Should I abandon my travel and seek immediate care? Would a specialist want to biopsy the mass? Would one week make all the difference in my prognosis or outcome?”

Desperate for answers, Peter began to search for a quick way to get a second opinion. He came across DocPanel and immediately submitted his scans.

“For Peter, time was of the essence,” says Ami, Patient Care Specialist at DocPanel. “He came to us asking - should I travel tomorrow evening, or stay at home to commence treatment? The DocPanel team was able to send his scans to Dr. Semelka, a world-renowned abdominal radiologist. And in less than 24 hours, Peter had his second opinion results in hand.”

Peter’s ongoing stomach ache turned out to be a symptom of gastrinoma, a rare type of tumor that can develop in the stomach and pancreas.

“Not many people understand how important it is to have an expert read medical studies,” explains Dr. Semelka. “Both the original CT and original MRI interpretation came up with the wrong diagnosis. The tumor I was able to identify is super uncommon - only an expert with experience would be able to recognize it.”

Each year, about 20% of patients with serious conditions are first misdiagnosed. With huge and often life-changing consequences, a delayed or missed diagnosis is a serious threat. But many can be averted with a second opinion.

“A lot of people think that medical scans are similar to blood studies - you go, you give a blood sample, the results come back, and you know exactly what’s wrong - for example, low hemoglobin or high cholesterol. But that’s not how imaging works. Getting a study correctly determined is, quite often, life or death. And to some extent, that was the case for Peter. While a delayed diagnosis would not immediately cause death in a case like his, having the wrong diagnosis and receiving the wrong treatment could and would have very serious consequences within a matter of months,” says Dr. Semelka.

The treatment for gastrinoma versus lymphoma is drastically different. Armed with the correct diagnosis, Peter’s treatment plan was able to be guided for the correct disease.

“DocPanel enabled me to get expert help right away. The second opinion gave me clarity on my diagnosis and helped me decide that I needed to change my plans to travel. Dr. Semelka guided me in a time when I needed to make immediate decisions about my future care plan. It really sped everything up by two to three weeks,” says Peter. “They offered the best range of experts, the quickest service, and the cheapest price.”

While the diagnosis was not something he’d hoped for, Peter at least had answers and knowledge to make the best decisions for his health. Second opinions are a powerful diagnostic tool. Even when the second opinion is the same as the first, the reassurance can certainly make the journey a little easier. Or, as in Peter’s case, it can prevent a potential misdiagnosis.

Gastrinomas are rare tumors that develop in the pancreas and/or duodenum. They occur as a result of uncontrolled division and replication of cells in the gut. While the exact cause of gastrinoma is often unknown, approximately 25 to 30 percent of cases can be linked to a genetic disorder.

Gastrinoma tumors produce excess amounts of the hormone gastrin, which stimulates the production of gastric acid in the stomach. Under normal circumstances, gastric acid helps aid digestion. But when too much gastric acid is produced, it can cause ulcers in your stomach or small intestines, and lead to other complications.

More than 60 percent of gastrinomas are cancerous, according to the Center for Pancreatic and Biliary Diseases.

Medical imaging is used to help detect and identify gastrinoma tumors. While most cases are discoverable with MRI and CT, smaller tumors can be difficult to see. PET CT scans are sometimes used in complex cases and are especially helpful for determining whether or not tumor cells have spread to other organs.

When left untreated, gastrinomas can cause serious damage to the gastrointestinal tract. Ulcers can lead to tears and bleeding in the stomach and small intestine. And excess gastrin can lead to poor pancreatic function, which adversely affects digestion. The most serious threat, however, is of gastrinomas spreading to other organs, like the liver.

Gastrinomas are rare. They have a prevalence rate of between 0.5 to 3 new cases per million of the population each year. Gastrinomas tend to be diagnosed in people 20 to 50 years old and are more common in men than in women.

Take charge of your health with an online second opinion from a radiology specialist.