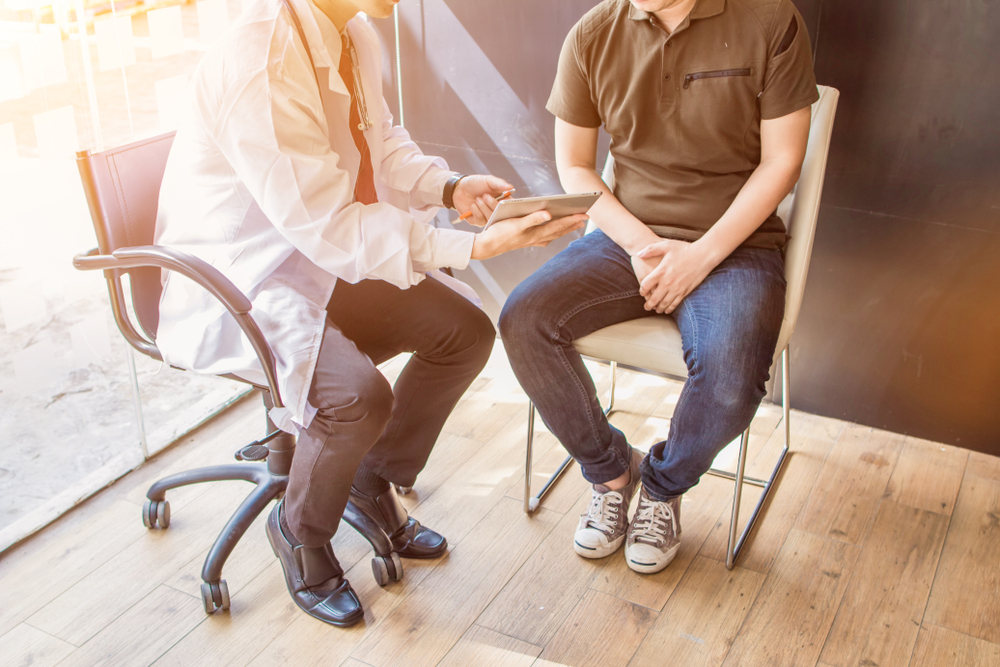 Malcolm’s brain MRI was initially read as completely normal. Upon getting a second opinion, it was discovered that 22 lesions suggestive of multiple sclerosis had been missed. Here is his story.

[Malcolm] After 18 months of deteriorating health, with a multitude of neurological symptoms, I went to see a neurologist. I was ordered a standard brain MRI to help figure out what was going on. By this time, I had been researching my symptoms for a few months, and, in doing so, had developed a basic understanding of what I was looking for: T2 lesions.

When I received the results from my MRI, the report said everything was normal. I met with my neurologist, and he too said there was nothing abnormal about my scan. When I viewed the MRI myself, however, I found 4 spots that looked to me to be brain lesions. I brought them up to my doctor at my next appointment but was essentially laughed at.

It was quite unsettling to have something so concerning be shrugged off. After that appointment, I decided I wanted to switch to a new neurologist and get a second opinion on my MRI scan. I made an appointment with the new doctor, but it was going to be another 6 weeks before I could be seen. Fortunately, I found DocPanel. I submitted my MRI for review and, within 48 hours, I got my results back.

[Dr. Michael Rozenfeld] Malcolm reached out to DocPanel due to concern for a missed diagnosis. He was reportedly having symptoms suspicious for multiple sclerosis but his MRI was initially read as completely normal. Based on my review of his MRI, the exam was not normal. Malcolm had significant findings that were certainly suggestive of, but not entirely specific for, multiple sclerosis.

[Malcolm] My second opinion results were quite alarming - there were not 4 lesions, but 22. Twenty-two! They were small, but they were most definitely there. I took the second opinion report to my new neurologist, and now I am being considered for possible Primary Progressive Multiple Sclerosis. I am scheduled to get new MRIs in November to confirm or rule out MS and you can be sure I will be sending them to DocPanel for a second look!

I have found that the most important thing people in my shoes can do is be your own advocate. MS is such an odd and individual disease. - Malcolm

[Dr. Michael Rozenfeld] Radiology exams can be misinterpreted for a number of reasons - this is unfortunately not uncommon. While MRI is not the only piece in the puzzle for MS diagnosis, it plays a significant role. A false negative diagnosis made off an MRI scan could lead the neurologist and patient down an incorrect path and delay an accurate diagnosis, or potentially miss it entirely.

While MRI is not the only piece in the puzzle for MS diagnosis, it plays a significant role. A false negative diagnosis made off an MRI scan could lead the neurologist and patient down an incorrect path and delay an accurate diagnosis, or potentially miss it entirely.

The positive findings on Malcolm’s exam and his new report provide additional essential information for his neurologist, allowing him (the neurologist) to combine these imaging findings with other test results and physical exam findings to come to an accurate diagnosis.

I would always suggest patients seek a second opinion for complex medical diagnoses, especially if the patient feels that something is being missed or that their concerns aren’t being addressed. This could mean setting up an appointment with a second neurologist or submitting your radiology exams for a second opinion to a company such as DocPanel, where they will be interpreted by subspecialty trained and certified neuroradiologists. I personally like to explain the imaging findings in layman’s terms, to ensure that the patient understands the disease process. I believe this empowers patients so that they can take an active role in ensuring the best decisions regarding their care are made.

[Malcolm] After a few months of working with my current neurologist and a support group of people diagnosed with MS, I have found that the most important thing people in my shoes can do is be your own advocate. MS is such an odd, and individual disease. No two patients are exactly alike in their presentation or their symptoms. This can make it very difficult to diagnose. It is always helpful to get several opinions; your health is just to darn important.

DocPanel is committed to making sure every patient receives excellent care. If you would like an expert second opinion on your medical imaging scan from Dr. Rozenfeld or one of our other neuroradiology subspecialists, you can learn more here.