How a Second Opinion Helped Me Understand My Abnormal Mammogram 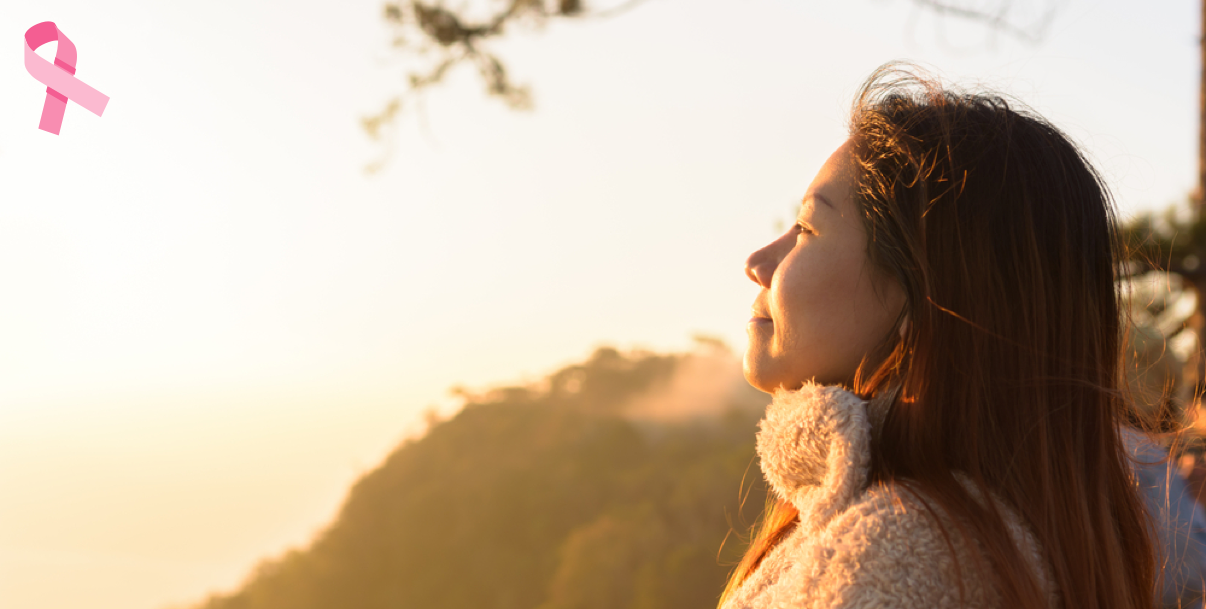 For most women, mammogram results come back normal, offering a sense of relief. Other times getting your results back can be a frightening experience. That was the case for Jennifer Reyes.

After receiving an abnormal mammogram report, Jennifer was confused by the results. Ambiguous terminology left her feeling stressed, scared, and alone.

I felt as though I didn’t have any guidance. No one talked to me. No one explained to me what it meant to have “probably negative” results.

With a second opinion from DocPanel, she was able to get the peace of mind every woman deserves. Here is her story.

When I turned 40 my doctor told me I needed to start mammograms. With all the horror stories I’d heard, I wasn’t happy about this.

On the morning of my first mammogram appointment, I was so freaked out. I didn’t want my breasts to be a pancake! I was terrified. I thought it would be gruesome. When the technician began the exam, I was so nervous I cried in front of her.

But, to my surprise, the exam wasn’t bad at all. The whole process went by fast. And the metal plates just felt like a really strong hug. So when I came in for my next appointment, I thought, “okay, this is no problem.” Unfortunately, my second one was terrible. I cried through the entire thing. The technician was so cold and the procedure was just really hurting me. Because you can’t wear any lotion or deodorant, your skin gets dry. So if it catches and pulls - it can be really uncomfortable.

I ended up skipping my next mammogram. Partially because I dreaded it so much, but more so because of scheduling issues, and well … life. But anyways, this last year - I wanted to get back on track with my annual mammograms.

Now that I’m 44, I’m much more conscious and aware of the importance of breast cancer screening. I’ve learned a lot since my 20’s and 30’s and really, I just want to know everything I need to know about my breasts. I like to have as much information about my health status as possible. If something is off, I want to know so I can figure out exactly what I should do to address it.

For my last mammogram appointment, I requested an ultrasound as well. I have dense breasts, so I wanted to be sure I covered all angles. As usual, I was a little nervous waiting for my results. When I opened the report, my stomach dropped as I read the words 'abnormal mammogram'. I didn't understand much of what the report said - but I could at least gather that there was an indication of something suspicious. It said, “BIRADS 3, probably benign - come back in six months and we’ll check it again”.

I was not comforted by those words! The word ‘probably’ was super scray. And I had no idea what BIRADS stand for. My husband tried to reassure me, saying “it’s no big deal - they’re not too worried or they’d have told you to come sooner”.

But my thoughts were - I don’t want to wait six months! I want to know what it is now. What if it is something bad and it gets worse in the meantime? It was all extremely unsettling for me.

Fortunately, a friend told me about DocPanel and their second opinion service. Rather than spend six months feeling anxious and scared that I have might breast cancer - I could send them my scans and get a second opinion in just a couple of days.

So I reached out to them. I was so happy to have someone else tell me if it really was an abnormal mammogram. I mean, I want to get seven second opinions! I want to have as many opinions as I can get before I make any decision!

After uploading my scans, I was able to send a message to the radiologist expressing my concerns and questions. I submitted everything, and within 24 hours, the radiologist called me personally. He was in California and he was great. His credentials were really good, he did this all the time, and he made me feel like my ‘probably benign’ finding was most likely nothing of concern. He explained that the six-month followup recommendation was just that - a cautious recommendation to make sure we continue to gather all the information.

To be honest, I had no idea what I was going to get when I got the second opinion. But the experience was truly great. He was straightforward and very kind. It was so nice to hear him go over and explain everything to me. It put my mind at ease.

When I got the abnormal mammogram and ultrasound report letter, I felt as though I didn’t have any guidance. No one talked to me. No one explained to me what it meant to have “probably negative” results. I googled terms on my report, but that only made everything scarier. No one wants to be told they’re maybe healthy. Being able to have my questions answered through DocPanel helped me understand what was going on. My uncertainty and stress instantly faded.

You have to self-advocate. It’s a bit like when you build a house … and you have a general contractor. As a patient, you have to be your own private contractor. You have to figure out what permits you need, who to schedule first, what questions to as the doctor. It can be hard. And It’s really scary not knowing how to navigate it all. It’s easy to dread mammograms - but you just have to be brave and get creative with how you can make breast imaging less miserable. It’s always better to know than to be too late.

Based on the second opinion I got from DocPanel, I understand that an abnormal mammogram doesn't always mean cancer. Flagging something as abnormal or suspicious is sometimes just a precautionary indication that something should be double-checked or kept an eye on. I feel much better about the decision to wait the six months rather than get another sonogram - which I would have had to pay a hefty bill for. It’s really just about learning more and getting as much information as possible so that we can make healthy decisions.