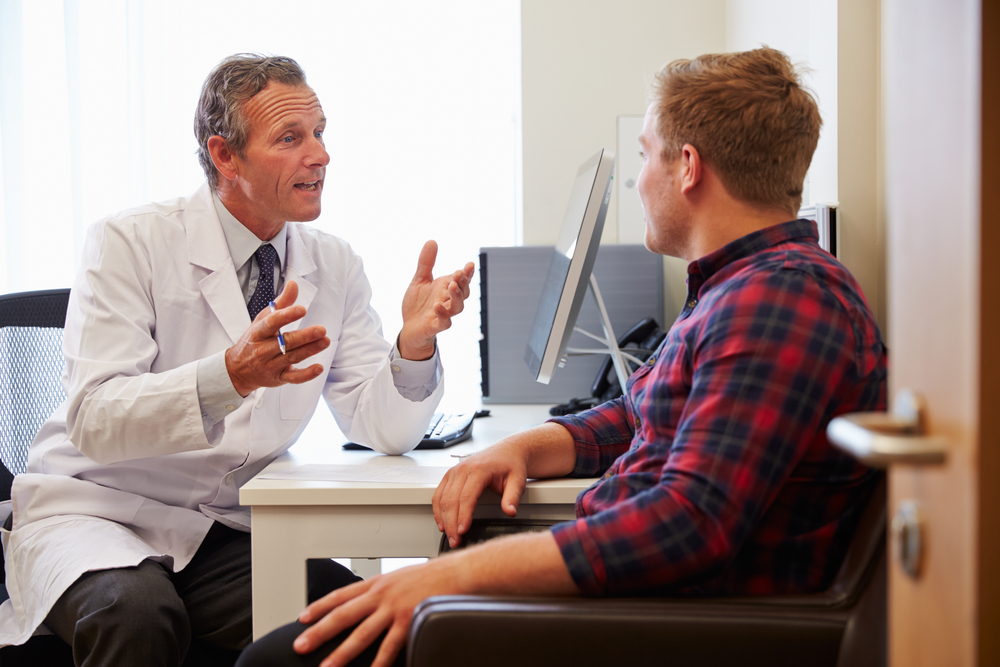 Michael, a 36-year-old male suffering from chronic lower back pain, went over a year and a half before he was properly diagnosed. He was initially advised to get a thoracic and lumbar x-ray, and a thoracic and lumbar MRI scan - both of which came back normal. After being referred to physiatrists, orthopedic doctors, and osteopathic doctors with his scans, he received months of physical therapy that only aggravated the pain. Steroid injections were then prescribed as pain management, yet no diagnosis was determined.

“My breaking point was when I began to have very intense right hip pain. I insisted on a scan of that area, but the report from the hospital who did the hip MRI literally said it was an “essentially normal hip joint.” I knew, based on how I felt, that it was wrong, so I reached out to DocPanel to review it and the results were vastly different. So much so that I went back to my local hospital to file a complaint and ask for it to be re-read. Their revised report of my lumbar MRI closely matched the report that I received from DocPanel.”

The Importance of a Subspecialty Read

Over 80 percent of adults experience lower back and joint pain during their lifetime. While most cases are short term, often resolving on their own, others are indicative of a larger more serious problem. Unfortunately, pinpointing the exact root of a back-related issue can be difficult. A complicated structure of muscles, ligaments, joints, discs, nerves, and bones - lower back pain can be triggered by hundreds of external and internal factors. For people with persistent pain, imaging and neurological tests are conducted to help determine the cause. But reports are often read by general radiologists who lack expertise in the specific imaging area being examined. Getting a scan read by a subspecialist radiologist with a greater depth of knowledge in their concentration - closes that margin for error, ensuring a more accurate interpretation.

Michael received his lumbar MRI second opinion from one of DocPanel’s neuroradiology specialists, Dr. Neil Gupta. In his examination of Micahel’s MRI of the lumbar spine, Dr. Gupta found a small disc protrusion that was contacting a nerve root. His interpretation of the right hip found a chondral defect in Michael's hip cartilage - a condition that would require surgery.

After receiving the revised report, Michael was able to return to his orthopedic doctor armed with information. A thorough examination and cross-reference of symptoms confirmed the diagnosis, and a treatment plan with the necessary surgical procedure was immediately put in place.

When to Get a Second Opinion

In a recent study, researchers at the Mayo Clinic found that over 88% of patients who seek a medical second opinion end up with a changed diagnosis or altered treatment plan. In radiology second opinion cases specifically - where the initial read is performed by a generalist and the second interpretation by a subspecialist - the study concluded that 30 - 50% of re-reads result in changes to a patient’s report, including diagnoses, cancer staging, and other findings.

If your initial diagnosis requires a treatment plan that is toxic, invasive, or lifelong, a proper reinterpretation can be life-changing.

“The ability for a patient to get a second opinion allows them to tap into an invaluable resource of many experienced and knowledgeable physicians that can either reaffirm their diagnosis or provide new insight into what might be ailing them,” says Dr. Gupta.

An easy 3-step process - instantly upload your scans, select an expert subspecialty radiologist (or have DocPanel assign your case to the appropriate subspecialist), and submit your request. Upon uploading your scans, you’ll also have the opportunity to ask any questions you might have about your case. For more information, check out our in-depth article on the importance of getting a second opinion from a subspecialty radiologist.