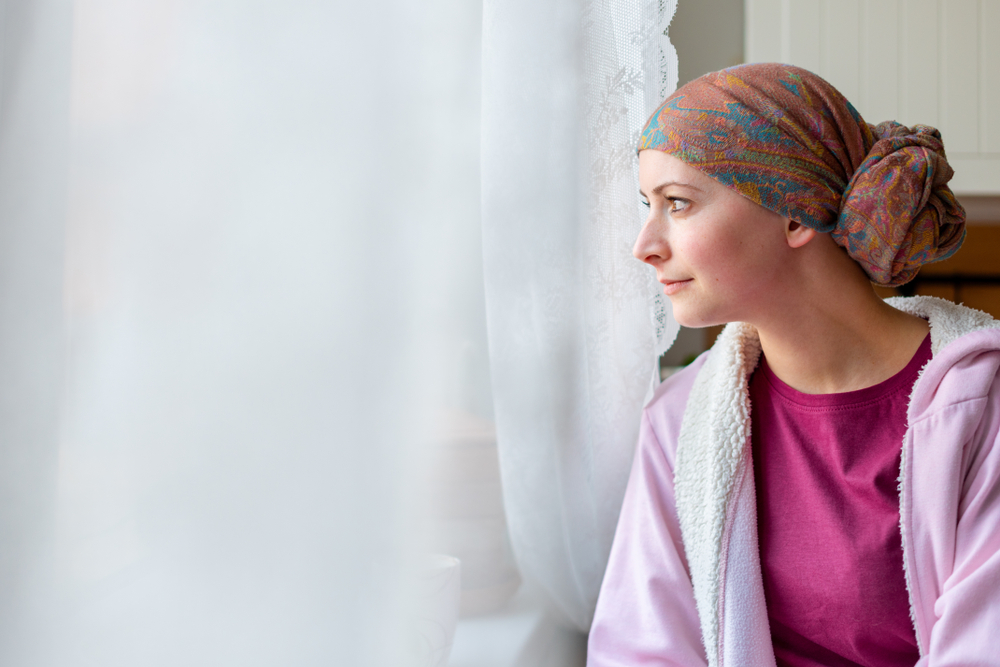 Unsure of whether it was cancer, she submitted her mammogram and breast ultrasound to DocPanel for a subspecialty second opinion. Her second opinion results provided clarity on what the doctors had found, and helped her navigate how to proceed. Here is her story.

At the time of her mammogram and breast ultrasound, Marium was not experiencing any symptoms indicative of breast cancer. She had occasional pain in her breast but did not have any other worrisome signs, like nipple retraction, irritation, or swelling. Just a few years prior, however, Marium lost her sister to breast cancer when she was only 52.

“Marium did not get much clarity from her initial ultrasound report. Naturally, she had a lot of very important questions that would determine how she should proceed,” says Dr. Watanabe. “She knew she had a tumor in her breast but did not know whether it was benign or malignant. She was also concerned there could be other tumors and was very worried those could potentially be threatening.”

After getting her results, Marium decided to get a second opinion for further evaluation. Through DocPanel, a subspecialty second opinion service, Marium was able to upload her breast ultrasound and mammogram online from her home in Saudi Arabia and have it sent for review by a leading breast imager in California, Dr. Alyssa Watanabe, Chief Medical Officer of CureMetrix.

“One of the most valuable things about DocPanel is that - no matter where you are in the world - you can have your scans read by a top subspecialist. You may not have immediate access to that sort of expertise in the area you live in,” says Dr. Watanabe.

According to Dr. Watanabe’s interpretation of the ultrasound, the tumor in Marium’s left breast was found to be highly suspicious for cancer. An ultrasound-guided core biopsy was recommended to confirm the presence of cancer.

“Upon reviewing the ultrasound images, I found the tumor in Marium’s left breast to most-closely resemble infiltrating ductal carcinoma, probably with associated DCIS (comedo-type),” says Dr. Watanbe. “I was able to confirm my suspicions for malignancy by further evaluating Marium’s mammogram with the use of cutting-edge CureMetrix AI software.”

While only a select few centers around the world have access to Artificial Intelligence-based mammography software, all DocPanel patients can have their mammograms processed with CureMetrix’s cmAssist (an AI computer-aided detection tool) as a complementary feature for their mammogram second opinions. Designed to augment the clinical expertise of the doctor reading your scan, computer-aided detection (CAD) helps the radiologist identify, mark, and score regions of interest on screening and diagnostic mammograms.

“The software flagged the mass in Marium’s left breast and provided a neuScore (a suspicion score for lesions) that was very high - 98 on a scale of 0 to 100,” says Dr. Watanabe. “This confirmed that the tumor’s nature was highly suspicious for malignancy and warranted an immediate biopsy. I was then able to give Marium details about the location and size of the tumor in lay terminology so that she could clearly understand the findings."

Dr. Watanabe also found a second smaller benign-appearing lesion in Marium’s breast and a benign-appearing lymph node in her axilla (armpit) that were both not detected in her initial report. Dr. Watanabe’s thorough interpretation provided Marium with peace of mind that no other suspicious abnormalities were missed.

“Breast imaging is complicated. It’s always a good idea to have a second set of eyes look over your scans. Second opinions can catch missed abnormalities, they can confirm a diagnosis, or they can provide peace of mind that everything is fine. And in terms of treatment, correctly identifying the right type of breast cancer is critical for treatment planning - a second opinion can help ensure you have as much information as possible to take the next best steps,” says Dr. Watanabe.

Take charge of your health with an online second opinion from a radiology specialist.

Who Should Get a Breast Ultrasound

While mammograms are one of the best tools for early detection of breast cancer, there are some limitations. For women with dense breast tissue, the accuracy of mammography can drop to as low as 50 percent. This is because there may be cancers hidden within the dense tissue that appear obscured on mammogram images. In such instances, a breast ultrasound can be performed as a supplementary screening exam in addition to an annual mammogram and clinical breast exam, to help prevent abnormalities from being missed.

Breast ultrasound is also often used as a diagnostic tool to further evaluate an abnormality after it has been detected on a mammogram, and can help guide biopsy procedures.

Benefits of a Breast Ultrasound

Breast ultrasound can significantly increase the detection of earlier stage (node-negative) breast cancers. It allows radiologists to evaluate blood flow or lack of flow in a breast mass and can help determine whether a lump is a fluid-filled cyst or a solid tumor. In some cases, this can help determine the cause of the tumor. Doctors may also use breast ultrasound to look at nearby lymph nodes.

Does Breast Ultrasound Use Radiation?

Getting a Breast Imaging Second Opinion

51% of breast imaging second opinions result in a change of diagnosis. - Journal of the American College of Radiology

With DocPanel, patients can scroll through a glossary of radiologists and select a physician based on subspecialty and expertise, or, they can opt for DocPanel’s medical team to assign their case to the best-suited specialist. All breast imagers are MQSA certified by the FDA and maintain continuing education credits in mammography to ensure they stay up to date on the latest techniques and procedures. With an interactive portal, patients can "chat" with their radiologists and have all of their questions answered.

Out of the 230,000 cases of breast cancer that will be diagnosed in the U.S. this year, about 45% will be discovered in the later stages when there's a lower chance of successful treatment. AI-enhanced software is one of the most powerful tools being used to improve early detection of breast cancer. The use of AI may also reduce unnecessary biopsies and mammogram callbacks for additional imaging.