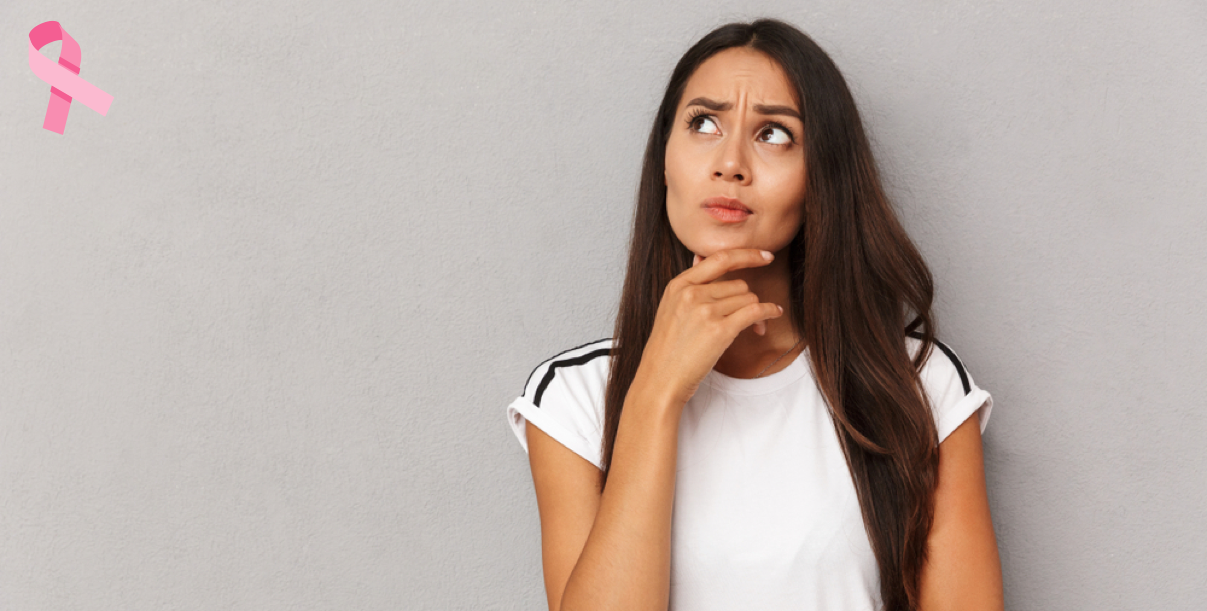 Breast screening can be daunting!

Tests are uncomfortable, reports can be confusing, and being called back for additional imaging can be frightening. To better understand how the breast screening process works, we sat down with Dr. Cindy Lee, expert breast imager and Assistant Professor of Radiology at a major academic center in New York, to discuss mammogram callback reasons.

Explore what a mammogram callback means, why it matters, and how often callbacks result in cancer diagnosis with part one of our Mammogram Callback Series.

DocPanel strives to make sure everyone gets an accurate diagnosis and the peace of mind they deserve by connecting patients all over the world to the best breast imaging radiologists. No matter where you had your exam done, you can simply upload your scans and get an expert second opinion in less than three days. Learn more here.

[DocPanel] What are the most common mammogram callback reasons?

While a mammogram callback might seem scary, it's a common occurrence and rarely results in a suspicious finding. One of the most common reasons women are called back is because we need additional images for added clarity.

This is often due to overlapping breast tissues. Let me explain that a little more. A breast is a 3-dimensional structure. But, when we do a mammogram, we’re producing a mostly 2-dimensional image - either top to bottom, or side to side. When we take a picture like that, breast tissue can sometimes overlap on top of each other. When this happens, it shows up on the X-ray images and can look like there’s something scary or suspicious when really, it’s just normal tissue. And we can’t know for certain until we bring the patient back in for extra pictures. By changing the angle and increasing the compression, we can get a more clear image.

Next up, read: How a Second Opinion Helped Me Understand My Abnormal Mammogram

Breast cancer can be difficult to detect, especially when the cancer is small. So mammogram callbacks are not necessarily an alarm, but rather a routine part of a thorough exam. In addition to following through with a callback appointment, much of the anxiety associated with cancer screening can be assuaged by ensuring your scans are read by a breast imaging specialist. It's another way to ensure accuracy.

According to research published in the Journal of the American College of Radiology, 51% of breast cancer second opinions result in a changed diagnosis.

[DocPanel] Approximately 9% of women who have an abnormal finding on their first mammogram do not show up for a follow-up mammogram. What factors do you believe contribute to this alarming statistic?

Sometimes, patients see the word 'abnormal' on their report, and they just get so scared that they don't come back.

There may be other factors like patients moving to a different address, deciding to go to a different facility for their follow-up. Often we just don't have their contact address on file - in all of those cases, we lose the patient.

Let's that a step back. Only about 60% of U.S. women who qualify to be getting screening mammograms are getting them.

So there's 40% of the women out there who have never had one, or don't know they need one, or just don't feel like getting one - and they're missing out.

That's worrisome because breast tumors are the most common cancer in U.S. women, and we're letting people go without getting them in for their annual screening test.

[DocPanel] What can be done to improve this?

I think more awareness and education will help. For the patient, as well as their referring physician and their OBGYN doctors. We should encourage people to come in for their yearly mammograms. And if they get an abnormal result, to come back as soon as they can so we can figure out if there's anything wrong.

It's just hard sometimes because the woman is usually the caretaker for the other family members. If someone else is sick or they get too busy, they often put this to the side and end up forgetting.

Where I work, we always call our patients multiple times to remind them about their callbacks. And to tell them about their yearly screening. We do everything possible to reach out to the patient, to make sure they're aware of what's going on. 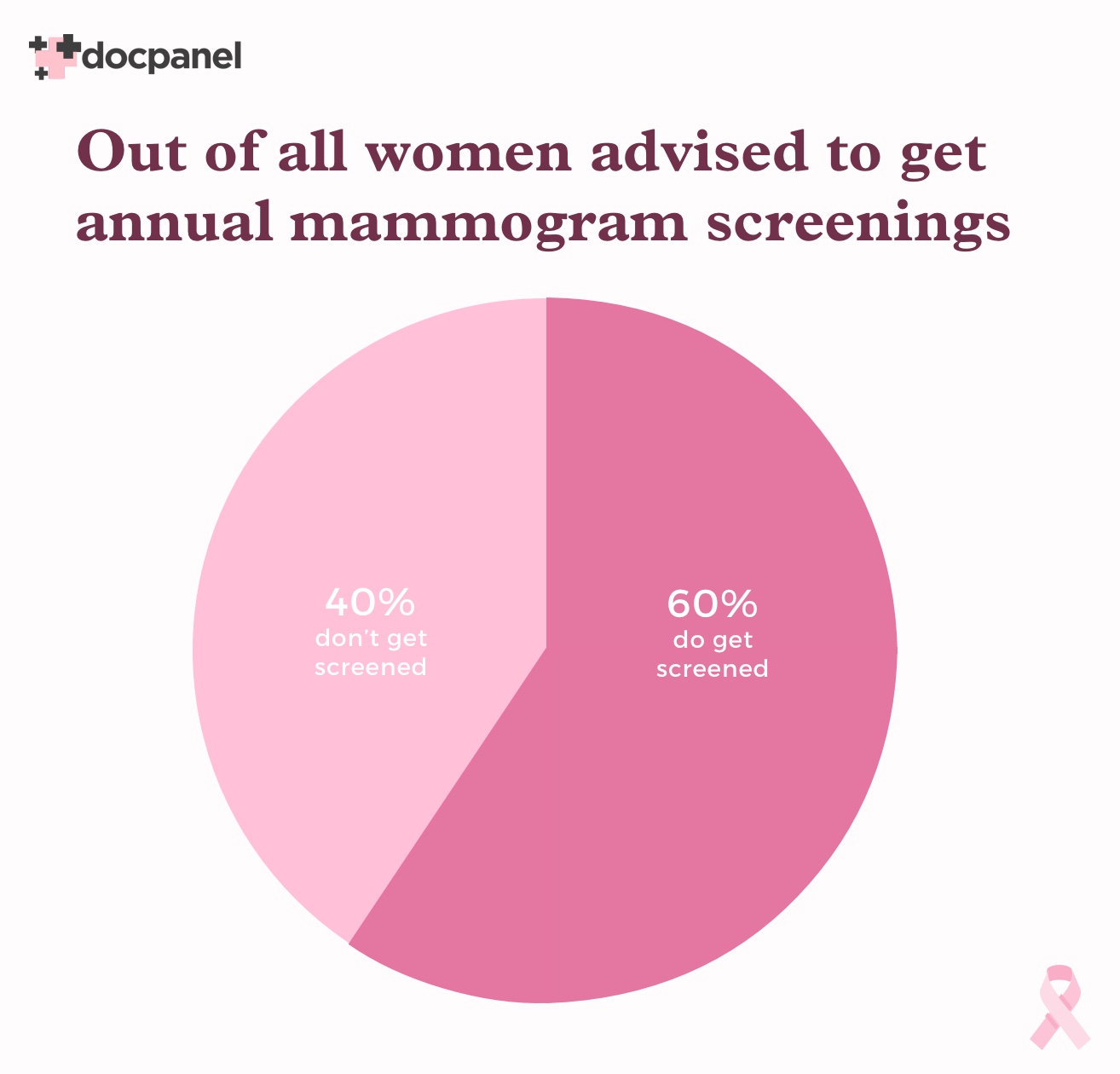 What to Expect at a Mammogram Callback

[DocPanel] What can a patient expect when they go back to their clinic for a callback?

We will perform additional mammographic images of the breasts and sometimes additional ultrasound images, too. The breast radiologist doctor will read these images during the visit and meet with the patient directly after to explain the results.

Depending on what the additional images show, you may also need a biopsy. This is the case for about 10% of callbacks. At this stage, some patients may go elsewhere for a second opinion - which I completely support and encourage.

[DocPanel] Are patients informed about what tests they'll be getting before their follow-up appointment?

Not before they arrive. The reason is that a doctor will be there to see them when they go in. So it depends on the patient and the abnormality. I assess each patient and her images separately, as she shows up. Then I say, ok - we need to do extra mammogram views at this degree, and then an ultrasound to follow, and so on.

Afterward, I will talk to the patient and explain why we did what we did and what we found.

[DocPanel] Do most clinics support the relationship of in-person interaction between the radiologist and the patient?

So that depends on the facility. But by law, by federal regulation, a radiologist needs to be on-site, physically present, when a patient comes in for a callback. It is hard to say if doctors communicate effectively with the patient. But a doctor is supposed to be there to look at images in real-time. That's what we do. And we always tell each patient their final results.

[DocPanel] What questions should a patient ask their referring physician? Is there anything a patient can do to help strengthen communication and better their overall breast cancer screening experience?

By age 30, we encourage all women to talk to their doctors. Asking your doctor about your risk is the best question to start with.

The latest guideline came out in 2018 and says that all women should go see their primary doctor by age 30 to talk about their risk factors for breast cancer. If they have a higher risk because of family history, dense breasts, a genetic mutation, or because they already had cancer - they need to start their mammogram before 40. We want to catch them before cancer comes along; otherwise, it's too late. And insurance typically covers screenings for above-average risk patients at age 35.

[DocPanel] What is the key driver that has made you dedicate your life to the cause of breast imaging and cancer detection?

Breast cancer is the second most common cancer in women in the U.S. Fortunately, it is curable if detected early, and we have many good treatment options nowadays.

I believe in allowing every woman to improve her health and to access screening services. Early breast cancer detection via screening can save many lives! This could mean your sister, your mother, your daughter, or your wife.